Call me by your name live?

How did the Manila Symphony Orchestra bring “Call Me by Your Name” to life?

Among Luca Guadagnino’s many laudable directorial choices, music has played a prominent role in the critically acclaimed Call Me by Your Name. Set in the summer of the 1980s in the north of Italy, this coming of age film tells the story of two young men’s love in a time and place where this love cannot be made public, so that through the film’s music we can experience the thoughts and feelings of Elio and Oliver, acting as a kind of narrator.

As Guadagnino said in an interview with Pitchfork, “We use the piano a lot in the film because these sounds are in a sense a dialogue between Elio and himself, and between Elio and Oliver, both internally and externally.”

On October 28, 2018, we witnessed the world premiere of Call Me by Your Name at the Samsung Hall auditorium of SM Aura mall in the Philippines, during which the Manila Symphony Orchestra presented a live concert of the film’s music. 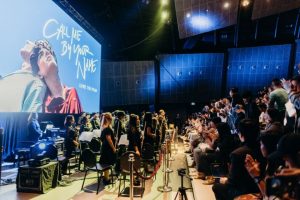 The orchestra played throughout the film, staying faithful to the classic pieces of the soundtrack, while also accompanying the Europop songs heard on the radio and in certain scenes. It was an interesting decision to set to music some scenes that had no music in the original film, for example John Adams’ “Hallelujah Junction” (the opening of the film) in the moments following Elio and Oliver’s first meeting. 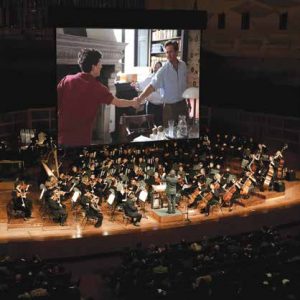 The restraint of the orchestra was also remarkable, especially in scenes that are completed in silence, such as the heartbreaking conversation between Elio and his father towards the end of the film. With the orchestra in full view, the spotlights dimmed and the instruments lowered, it felt as if they were telling the audience to listen carefully to Mr. Perlman’s words.

“You have to be in sync with the film and it’s really challenging for the conductor because he really has to keep in rhythm with the movements,” said concertmaster Gina Perez-Medina. 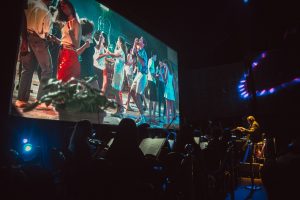 To time the songs properly, software was developed that helped the conductor by showing the tablet screen when each song and beat started and ended. 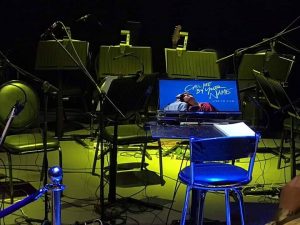 It was also no surprise that the band took a break in the middle of the show to make sure they could do everything right, despite the pressure. For some, it seemed a strange and perhaps disturbing decision to take a moment out of Elio’s inner world of thought after Sufjan Stevens’ song ” Futile Devices “, a piece of music that we hear when the protagonist is struggling with his seemingly unrequited desires, respecting the sense of agonising anticipation. 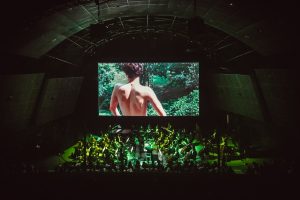 And as the band played “Visions of Gideon” at the end, while a broken-hearted Elio sat motionless and brooding over the news of Oliver’s engagement, we are overcome with emotion, a feeling we can’t put down – a feeling that can only be recalled when we hear Stevens’ haunting final song live, as the piano notes pierce the air and the crackling of the fireplace fire is reflected in Elio’s tear-stained face.